Joslin elaborates more on the track’s creative process, below:

“The song started with the guitar part, I was using a new delay and managed to make a sound which reminded me of the police helicopters which circle South Tottenham almost every night in the early hours. From there my memory drifted to the numerous times I have seen violent situations on the street on my cab ride home from my night shifts and how that made me feel – the guilt at not doing anything to help … the strange, unspoken situation it created with the cab driver. I had to pull the melody and the arrangement out of the guitar part production-wise, I always heard it as a nocturnal driving song, I wanted to try and create that atmosphere.”

The track also releases alongside a video, created with longtime film/music/photo collaborator Ben Sommers. “Making that video was one of the most insane and unforgettable weekends of my life,” Joslin says. “I’ve never followed a video idea so unreservedly and with such abandon and it sets the tone for how I want to work from now on … doing it sober was even more of a trip. Whether it works or not, I couldn’t have done it without Ben.”

Interview: alt-J Dig into New Album ‘The Dream’ and the Undefinability of Music 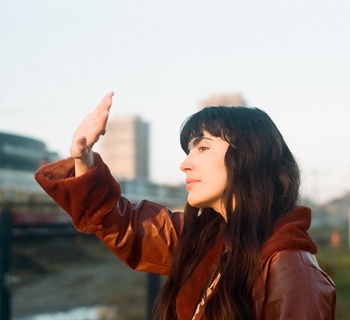 Berlin-based Indie-Pop artist ‘Rumia’ releases her latest single ‘Everything I Did, I Did It Just for You’ via Fluctua Records