Baltimore rock guitar ace EH, is finally back with a new instrumental album that is guaranteed to impress.  “Head Hammer” gets five stars across the board as it delivers on all fronts. This is a killer instrumental guitar record in every way. From the first song to the last, EH clearly demonstrates a command of the instrument few ever achieve. Moreover he personally mixed and mastered the album to give it that extra original dimension. The songwriting and arranging on the record is refreshing to say the least. Beautiful themes, interesting harmonies and tasty melodic passages distribute glorious hard rock and metal flavors.

Was this expected? Yes. Was this excellently written and delivered? Absolutely, yes. There are catchy, driving rock riffs and memorable melodies, and while EH does indeed shred his ass off throughout the record, he never loses sight of the song.

Right from the opening track, “The Way The Wind Blows”, EH proves that music doesn’t have to be over-complicated to be great, the straightforward, hard-hitting progression was made into a touching song with crunchy riffs, soulful bluesy lead motifs.  The bone-crushing sonic attack of “Get The Sound” is explosive, while there’s some incendiary guitar playing going on in this song.

“Day Dream” is another well-written and very well thought out track. Here the showmanship by EH is strategically placed over the less abrasive rhythmic jangle, as to not overdo it. And as such, the arrangement is perfectly executed.

By this point, the production is as good as any EH record – which is typically a cut above the rest. The guitar tones are also scarily good, oozing with killer scream and overdrive. Both of which overflow on the insanely driven “Product Rock” and “Rock and Rolled”.

The drum sound spans the frequency spectrum in a pleasing way, while keeping the kick from overwhelming the recording. The kick and bass exist together harmoniously, carving out a grooving furrow for one another.

The drums come into their own on “Crisp Air” and “Rock ‘N’ Trot” as they stick closely to the fiery and dynamic lead guitar work. Not an easy task, to say the least, because EH injects tremendous energy, playing intricate lead motifs throughout, like he’s taking a walk in the park.

This is very much a guitar player’s effort, but with a mix that favors the songs as much as it does the six-string wizardry, which again comes through on the gut-busting “Sidewinder”.

Throughout this thrilling musical roller coaster ride, EH’s playing is sensitive, dynamic, aggressive, dark and heavy, with his exquisite tone being the absolute star of the show. All of which he surpasses on “Prevail”, which is a crackerjack powerhouse of a track. The riffs and shreds are simply monstrous here.

The title track, and album closer, “Head Hammer” opens strongly with a flurry of notes dancing across the fretboard and heavy rhythm support in a hard-edged piece that doubles up in intensity as it moves forward.

are some strong techniques used that sound utterly fabulous, as EH unfolds some blistering solos. The playing is fast and flawless while EH’s guitar virtuosity makes sense of the mayhem.

EH’s boundless musical evolution throughout his releases, have undoubtedly proved him to be an axe-man to be reckoned with. The album “Head Hammer” stands to certify that fact beyond any reasonable doubt! 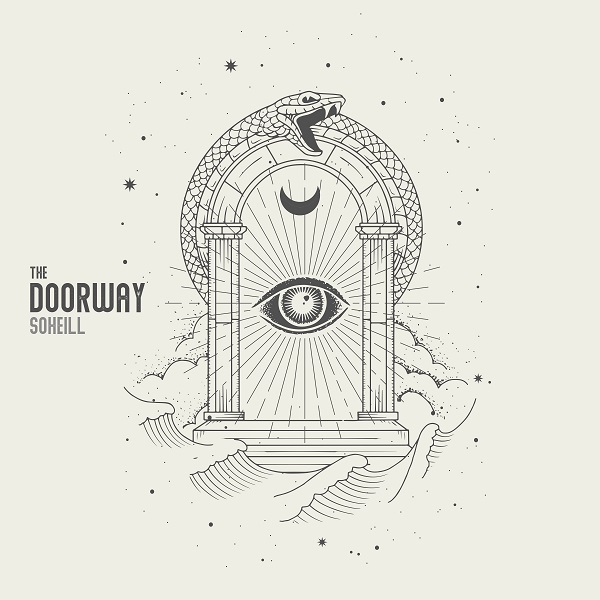 ACaprii – “First Class” continues to demonstrate just how flawless she is!